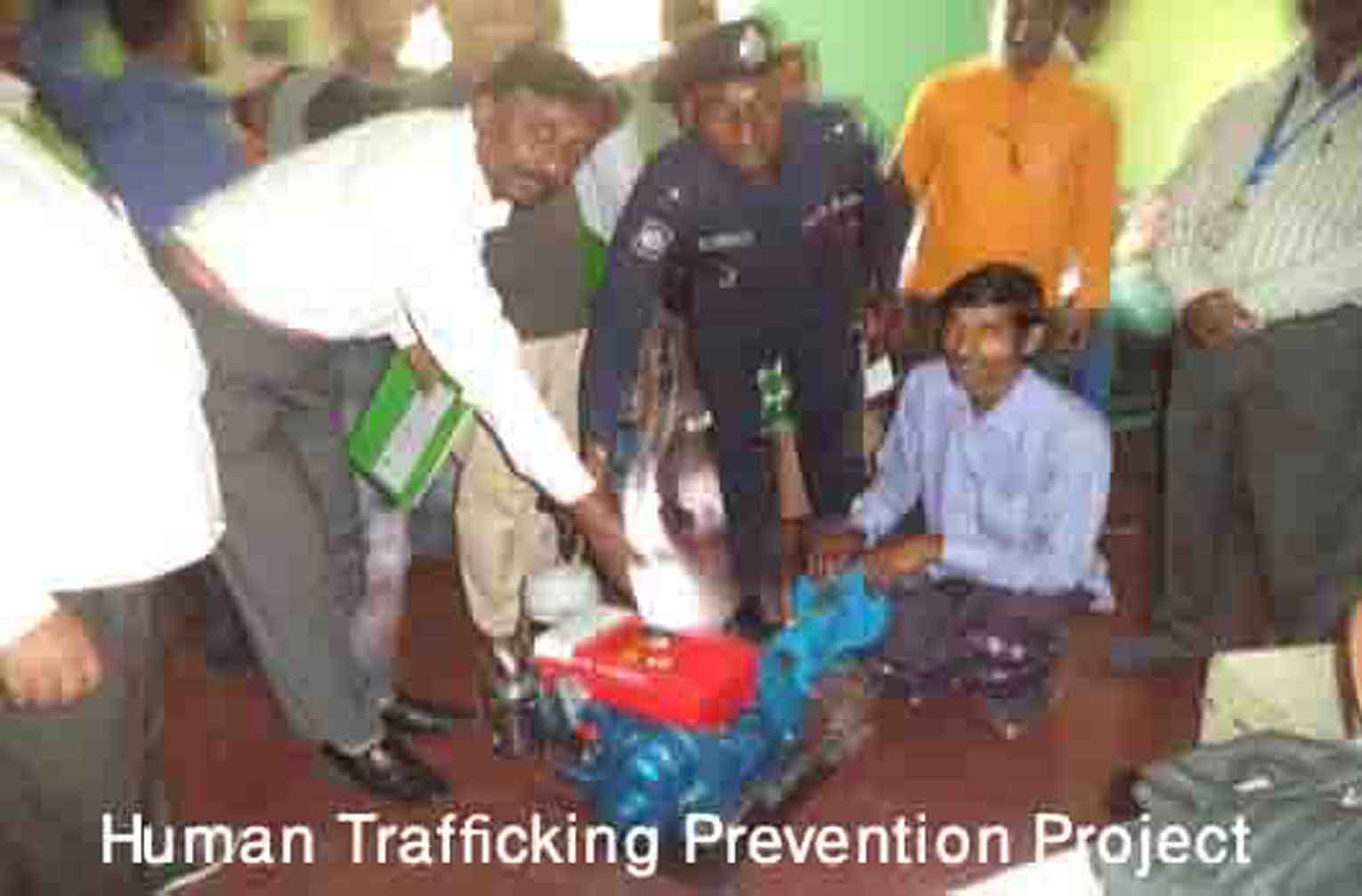 Officially slavery is prohibited in this Globe but its existence still comes into light in transformed form. The ever suffering human beings always engaged them to discover the way and means of happiest lives stile and to make fulfill their inherent lust for happiness they do anything they seem to be done. A group of intelligent but opportunists use this situation in favor of them. In the name of migration the visionary people put their feet in trap of commission agent and in most cases they lost their last assets/money, Chastity, and hope for happier lives and lead inhuman life as like as the slaves. They can do nothing in favor, of their will and expectation They are born to serve others by all means.30% of total population of Meherpur district living under poverty line and bossy to find out the ways to the heavenly life anyhow and caught in the trap spread by the commission agents The rate of women and child trafficking is higher than other district due to its geographical location. This district has long border line with West Bengal, India. To protect human trafficking and rehabilitant the trafficking victims MUK has under taken this project. Mass awareness building, Motivational Seminar, Skill development training, Psychosocial counseling, door to door campaign Courtyard meeting, lobbing rehabilitation are the main activities of the project. During the project duration 200 trafficking victim are identified, 50 victims received skill development training, 47 victims got self-employment opportunity and among them 18 persons got shallow tube well and rice husking machine,17 persons received fund for grocery business, 3 victims participated skill development 4 person got legal aid support, health support 2 persons and mould support to 3 masons. This project is financed by Relief International.